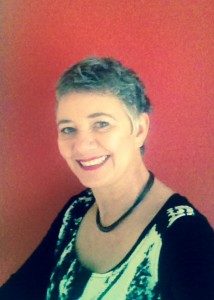 The Founder and Director of Ilkley Arts and Ilkley Art Trail, Lorna Bird, stepped down from her role to pursue new challenges in the summer of 2016.   In 2015 Ilkley Art Trail exhibited 48 regional artists, attracted an estimated 5840 visits to venues and generated well over a target of £20,000 in sales of art to the public. Five short years beforehand, Ilkley Arts had existed only as an idea in one woman’s imagination.

Born out of her artistic sensibility and community spirit, Lorna Bird conceived the idea of an Ilkley Art Trail in 2010. However it took all of her considerable energy and tenacity, not to mention her personal charm, to turn an exciting idea into a successful reality.  Lorna recalls those early thoughts:

“Let’s do a call-out. We might have a handful of artists who are interested, and we will see what we can do with that!”

In those early days Lorna formed a fruitful partnership with Lucia Smith, who brought a passion to make something happen for art and artists in Ilkley that matched Lorna’s own. Their combined energy, and enthusiasm saw a successful launch in October 2011 with 28 artists showing their work in ‘pop-up’ exhibition spaces all over Ilkley.  With no track record, funding was practically impossible to obtain. Ilkley had never experienced anything like this before and Lorna and Lucia worked voluntarily to bring the project to fruition. Ilkley Art Trail went ahead and it was a huge success from the very first day, with visits to venues of 2700 and art sales of over £12,000. A modest grant from Ilkley Parish Council in year two and the support of a few local businesses, allowed Ilkley Art Trail to grow further. Attendances were excellent, and many people showed their support and appreciation by buying exhibiting artists’ work.

Under Lorna’s unwavering guidance, the numbers of exhibiting artists, visitors and sales increased in every subsequent year in parallel with the ever-growing professionalism and sophistication of the Trail, and increasing support from local businesses and the Parish Council. By the third year it was an expected event on the Cultural Calendar of the Region.

Lorna was never content to rest on her laurels and continued to innovate and expand the range of Art Trail activities. In 2013 ‘Sponge Tree’ Workshops for children were held in Middleton Woods during the summer and both those and the workshops for adult visitors during the Art Trail itself were heavily over-subscribed. In the same year, with the Art Trail’s success placing increasing demands on the organisation, Lorna put together a Core Team to share the workload and increase the available skill-sets, with Louise Smith, Ken Jaquiery and Sarah Thomas joining the founding pairing of Lorna and Lucia.

Links with community organisations and Ilkley schools continued to develop and Lorna and her team also built bridges to colleges, universities and arts organisations throughout West Yorkshire, including works with the regional universities, Bradford and Leeds Colleges of Art, The Hepworth Gallery at Wakefield and Saltaire Arts Trail.

In 2013, given the progressive expansion of the organisation’s offer, a plan was launched to create an over-arching body with a clear brief to promote the experience of art for the region and “Ilkley Arts’” was born. Lorna recognised that the next step was to create a strong Board of Trustees and acquire charitable status, allowing better access to funding and guaranteeing Ilkley Arts and Ilkley Art Trail a great, sustainable future.

Ilkley Art Trail and Ilkley Arts have taken their place alongside the Ilkley Literature Festival as one of the town’s most prized assets, generating huge goodwill among the local population, supporting a thriving network of artists and attracting visitors from all over the country. In 2014 one national broadsheet Sunday paper cited Ilkley Art Trail in October as ‘one good reason to move to Ilkley’. Indeed, so successful has it become that the best-selling artist from the 2015 Art Trail had to withdraw from the 2016 Trail because she was still so busy completing the commissions from 2015’s Art Trail that she hadn’t been able to make a new collection!

As Lorna says, “Ilkley Art Trail and Ilkley Arts have grown out of all recognition since those early hand-to-mouth days when Lucia and I conceived and created the first Art Trail. After driving its development for five years, I feel the time is right to seek fresh challenges for myself, but I’m leaving the organisation in excellent hands and I know that under its talented Board of Trustees, IA and IAT will continue to develop and expand in the right directions, supporting artists and enriching the cultural life of Ilkley and the wider region.”

The trustees recognise that Lorna built Ilkley Art Trail from scratch, devoting huge time, effort and energy to encouraging and cajoling artists to exhibit, shop-, business- and house-owners to provide exhibition spaces, members of the public to support the Art Trail, sponsors to help defray the costs, and media organisations to publicise it. Ilkley Arts and Ilkley Art Trail simply wouldn’t exist without Lorna’s drive, determination and enthusiasm.  We miss her, but we wish her well in her future career.